Having a Cold or Sinusitis?

Rhino Horn Helps You When You Have a Cold

Having a cold means that some virus has attacked the mucous membranes of the nasal cavity and possibly the pharynx. The membranes get swollen, and they produce excessive mucus. In the early phase of a cold the mucus is thin and running, and later the mucus becomes thicker. The nostrils get clogged making the breathing more difficult.

When you have got a cold already, the warm salt water in your Rhino Horn will relax the mucous membranes so that it may reduce the swollenness. Nasal cleansing with Rhino Horn will also remove the excess mucus so that the natural healing process from the cold will be speeded up.

If your nose is clogged, water will not run through your nostrils. You just patiently let the warm salt water stay in the one nostril for a while, empty it, repeat from the other side. You may need to repeat this several times on each side, but eventually, the mucous membranes get that much relaxed that water will be able to run through. This reduction in swollenness means that freer breathing again will be possible through your nostrils. 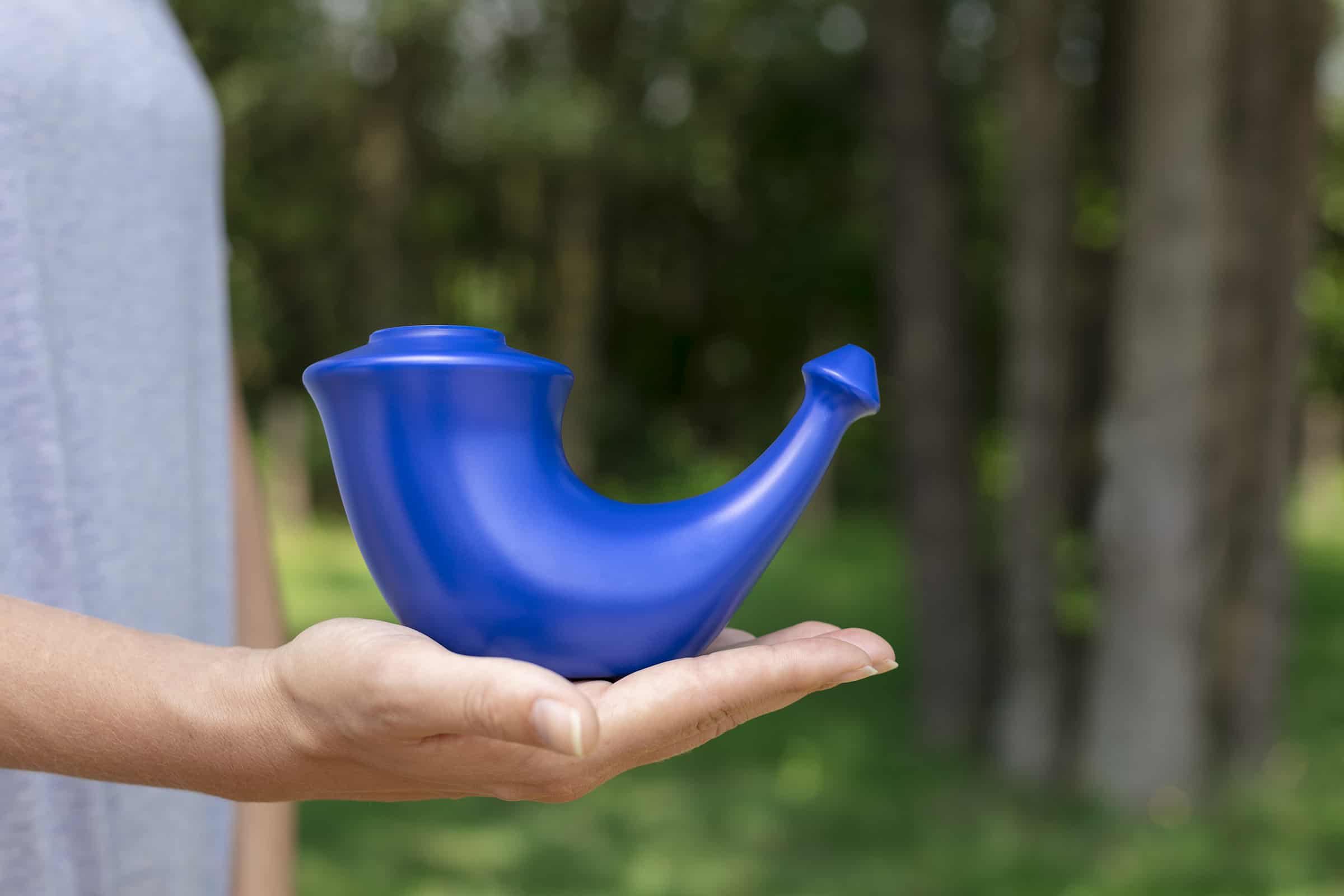 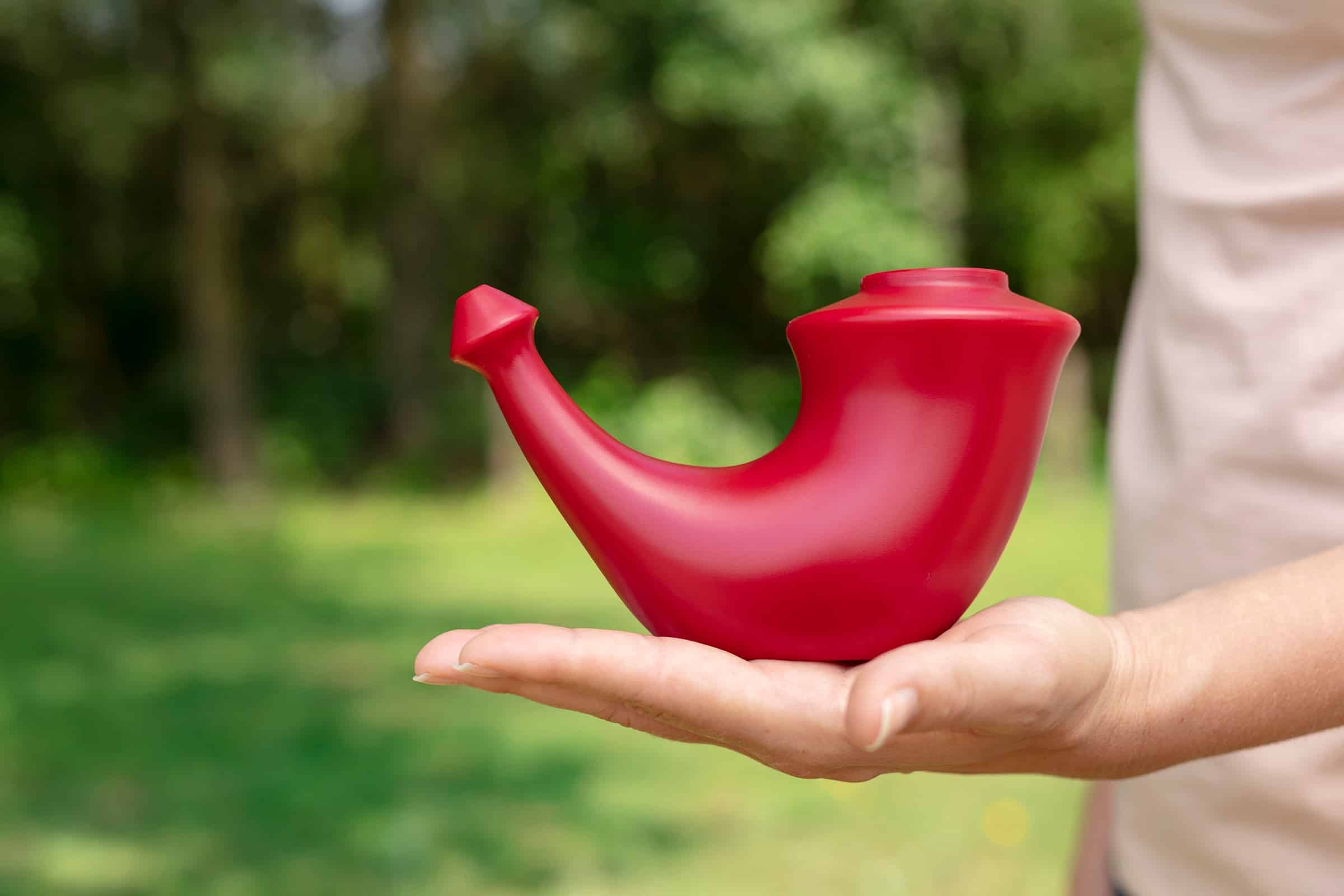 What are the Sinuses?

The sinuses are small cavities in your cheekbone, brows and forehead. Sinuses are air-filled cavities covered with mucous membranes, just like the surfaces of the mouth and nasal cavity. They have openings to the nasal cavity.

The nose and sinuses are important for filtering, heating and moistening the air you breathe through your nose. This function is important to protect your lungs. Sinus cavities also contribute to voice resonance and can absorb energy to protect the brain from trauma.

Their functions are not very well documented yet, though some knowledge is clear. When you are breathing through your nose, small amounts of Nitrogenmonoxide (NO) from the sinuses are following the air into your lungs. This small amount of NO enhances the transport of Oxygene (O2) from your lungs into your bloodstream. In this way, you are feeling more vigorous and endure more. Therefore, remember to breathe through your nose whenever possible. 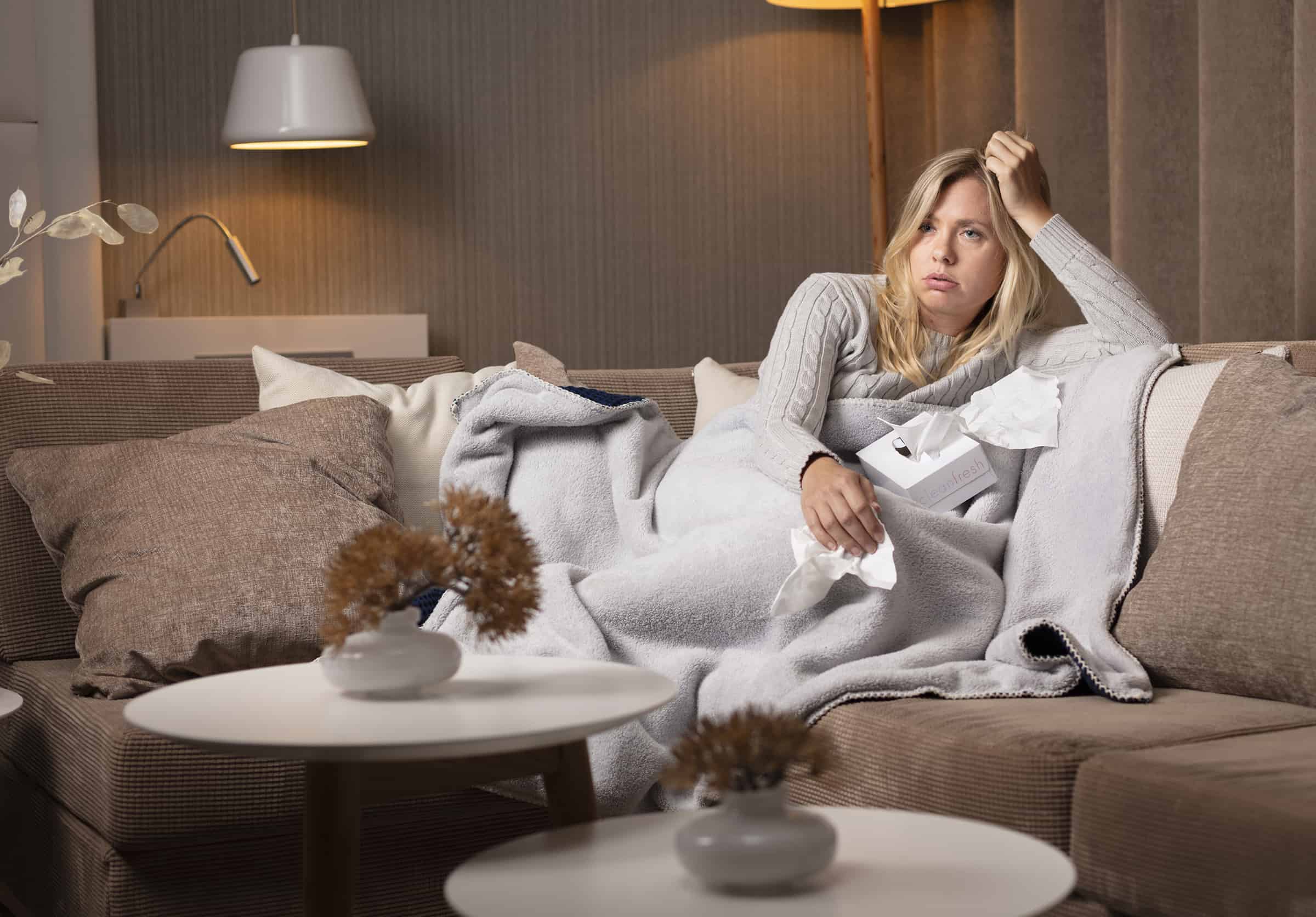 Having a cold or sinusitis?

You do not feel well when you have a cold or suffer from sinusitis. 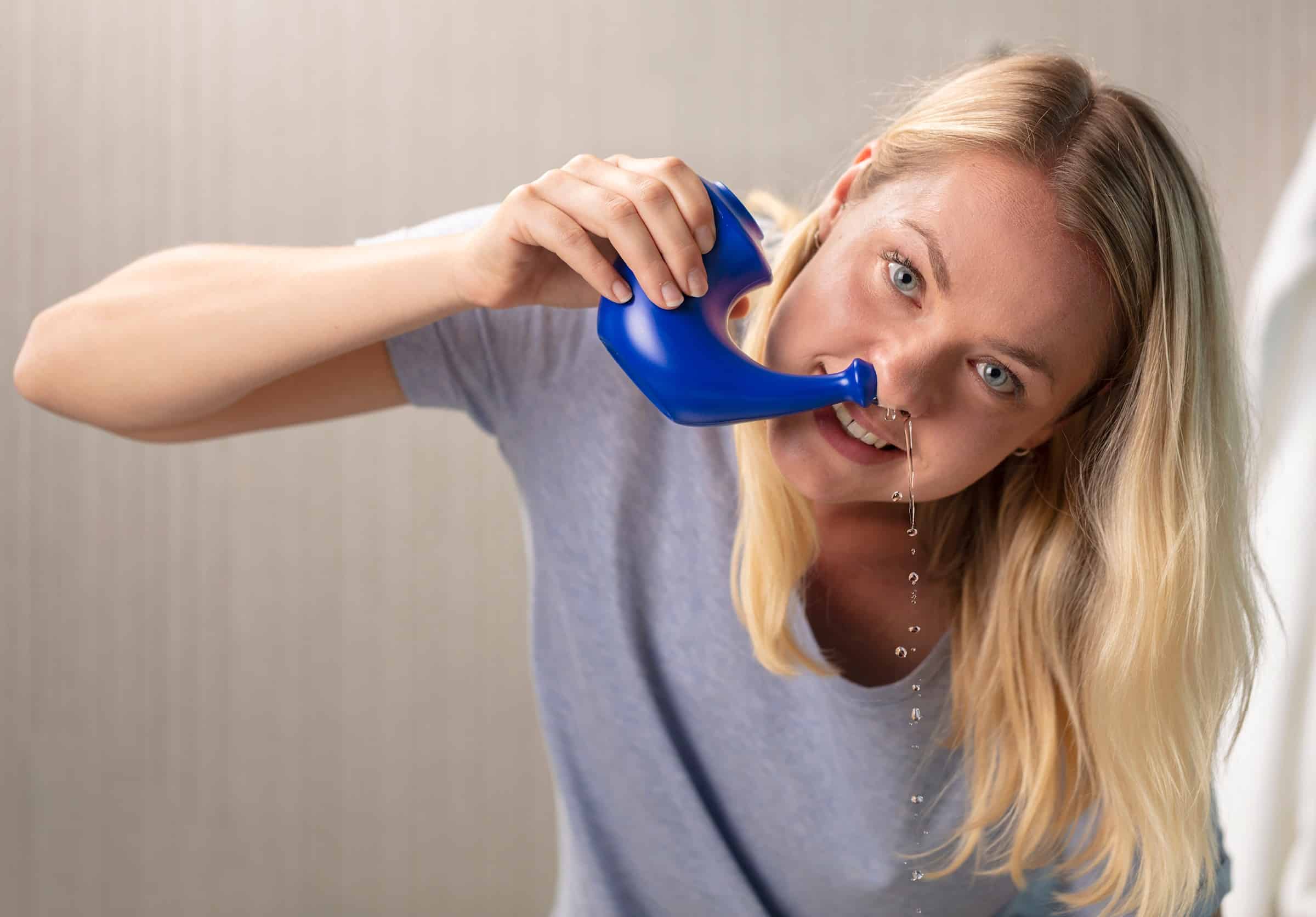 Rhino Horn may be used for prevention, treatment and alleviation 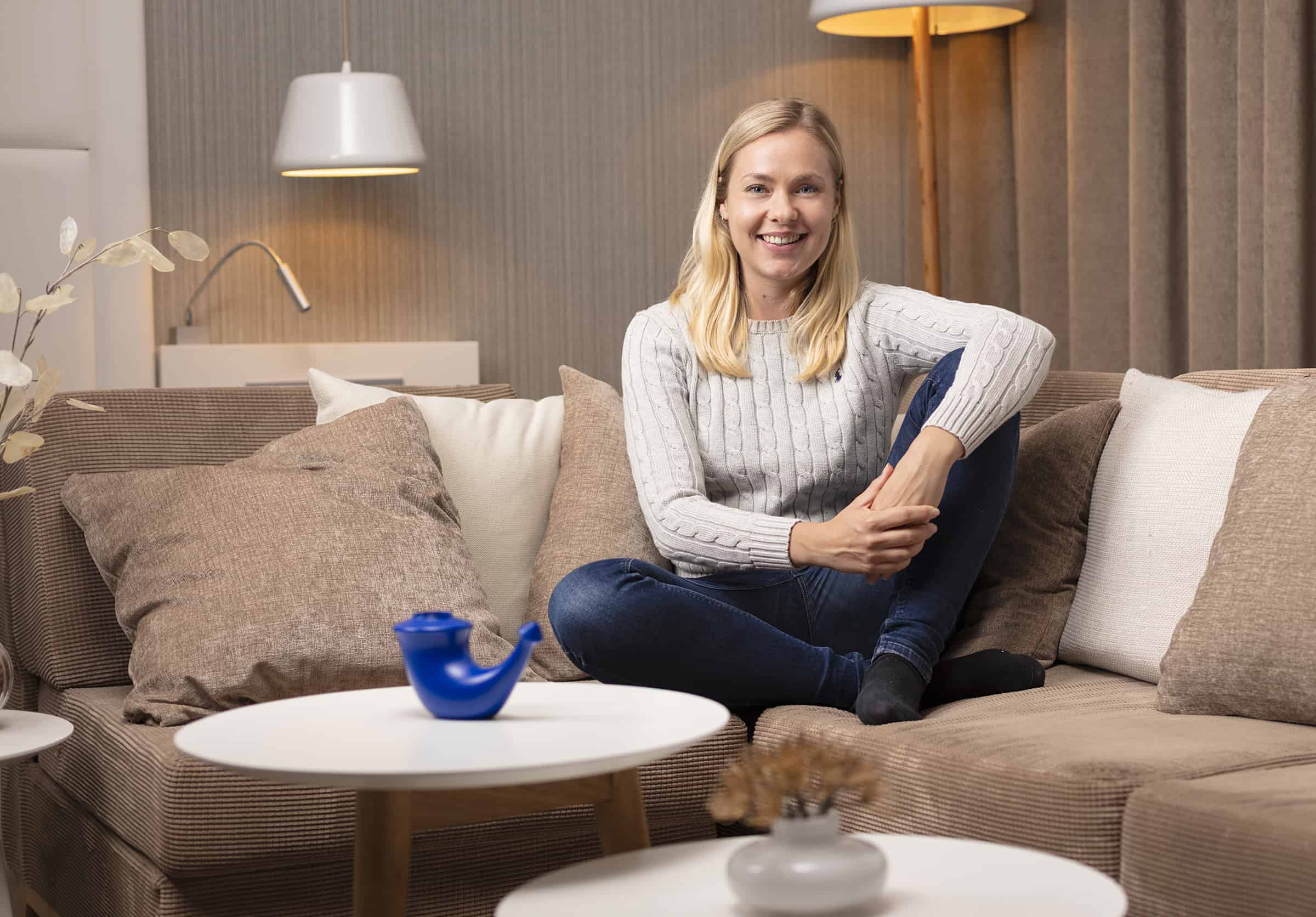 Free breathing is a release 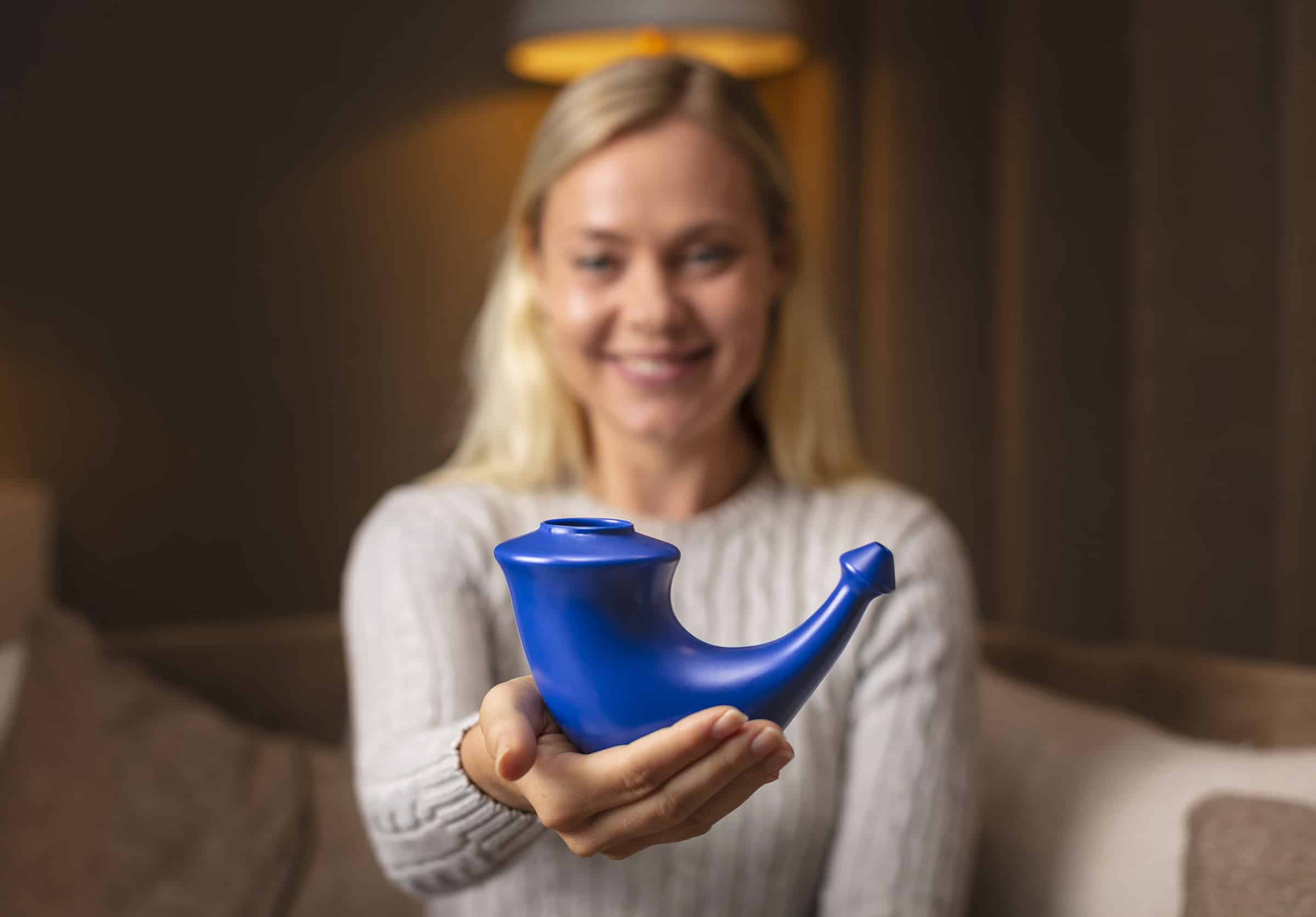 You may use Rhino Horn several times a day when having sinusitis.

Rhino Horn Helps You if You Have Sinusitis

The mucous membranes of the sinuses sometimes get inflamed because of virus or bacteria. This inflammation may cause severe problems like excess of mucus, headache, clogged nose and reduced energy and clarity.

Sometimes you may have the feeling that water is entering the sinuses when you are using Rhino Horn. This is not a problem at all. Having salt water entering your sinuses may facilitate the removing of infectious mucus. You have to be thorough with emptying your nose after the cleansing, though. Especially in a cold climate, the emptying of water from the nasal passages and the sinuses is important after the use of Rhino Horn. Remember to be careful not to blow too hard while emptying your nose. You should hear no clicks or other sounds in your ears when blowing out.

Many ENT doctors are enthusiastic about the benefit of Rhino Horn in association with sinus problems.

Sinus diseases can be split into two categories: acute (rapid onset) or chronic (over a long period of time). Acute sinusitis is the most common. Many ENT doctors have experienced very good effects for their patients on acute sinusitis.

ENT doctors even claim that the use of Rhino Horn is an important aid in the treatment of chronic sinusitis. 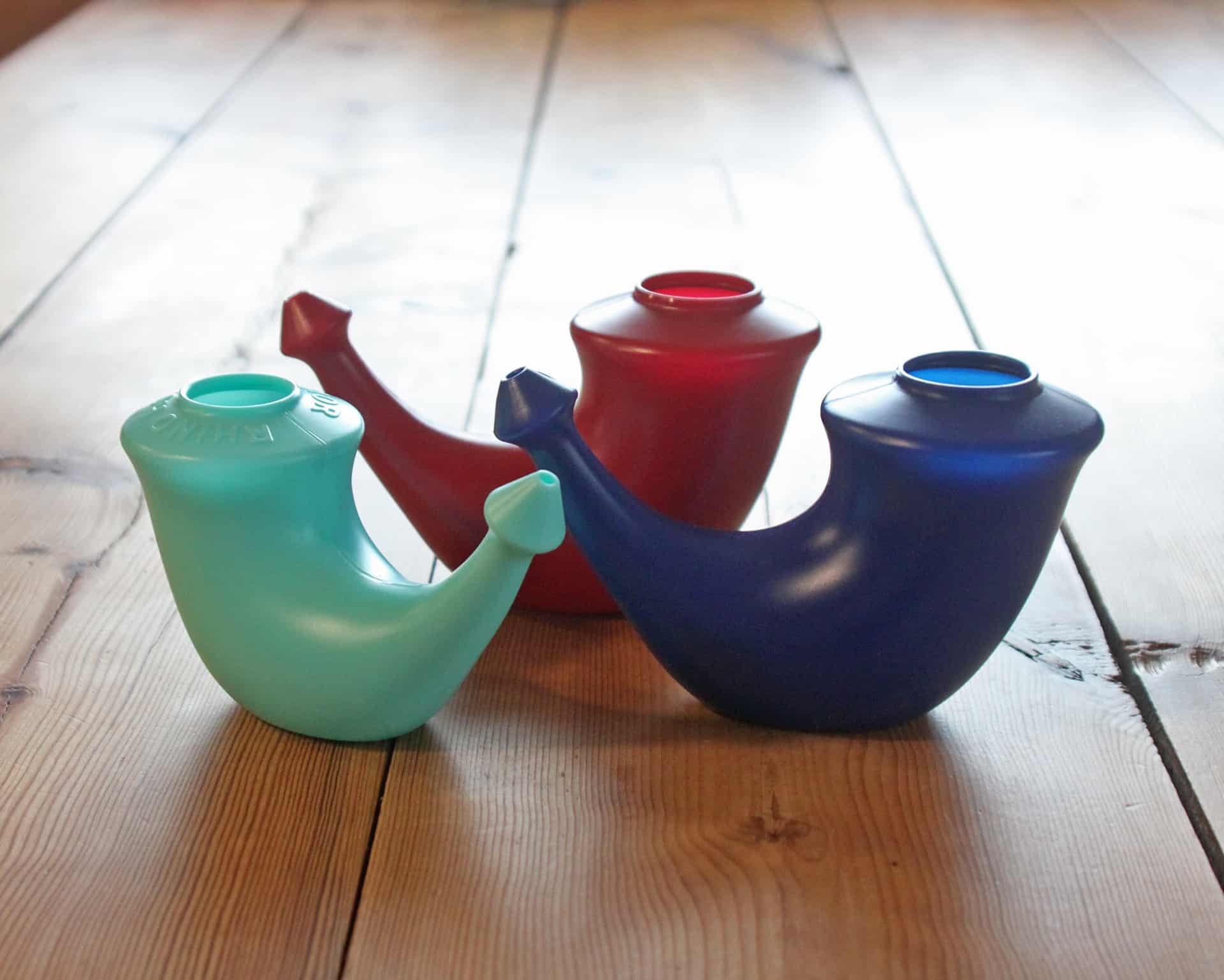 The Rhino Horn is easy to use, but we do advise you to read the instruction pamphlet before beginning.

The Rhino Horn is designed, manufactured and distributed by

Made of recyclable and environment-friendly hard plastic (PEHD)