What Can I Expect?

What Can I Expect?

The diseases and nuisances for which Rhino Horn is a relevant medical device to use for prevention, treatment or alleviation are:

Many ENT departments in countries like Denmark, Holland, France, Czech Republic and more regularly ask us for informational brochures on Rhino Horn and recommend their patients to use it.

Asthma is a disease where one mechanism is the reduced ability to transport saliva up from the lungs which makes breathing more difficult. The use of Rhino Horn is stimulating the cilia’s ability to “wave” saliva upwards from the lungs. The mucous membranes are connected as one system so that the stimulation of the cilia in the upper airways also affects the cilia in your lungs.

Even patients with more severe and rare diseases like cystic fibrosis, primary ciliary dyskinesia and COPD are likely to experience relieving effects from using Rhino Horn. We have had reports from a hospital in Bordeaux as well as from West Midlands Regional Adult Cystic Fibrosis Centre in the UK telling about this kind of effect.

At all the diseases and nuisances mentioned in a previous section, you might expect an alleviating effect from using Rhino Horn.

A cold which has come to a full (or an almost full) bloom may be a nuisance for a shorter period by using Rhino Horn several times a day.

Sinusitis too is likely to have a much shorter period of nuisance by frequent use of Rhino Horn. ENT doctors claim that the use of Rhino Horn is an important aid in the treatment of sinusitis, even chronic sinusitis.

The use of Rhino Horn may prevent a beginning cold from evolving into full bloom.

Likewise, you may prevent sinusitis from developing into an annoying and troublesome situation if you use Rhino Horn frequently at the first symptoms.

We have received reports from enthusiastic Rhino Horn users telling us that the daily use of Rhino Horn has stopped chronical sinusitis.

People with allergy tell us that frequent use of Rhino Horn at the very beginning of the (relevant) pollen season may prevent the unpleasant symptoms of allergy.

Free Breathing Through Your Nose

Free Breathing Through Your Nose

A clogged nose is inhibiting your breathing. The use of Rhino Horn will facilitate free breathing through your nose.

Did you know that breathing through your nose instead of through your mouth increases your blood’s ability to absorb oxygen? Nasal breathing will bring small amounts of NO (Nitrogen Monoxide) from the sinuses to the lungs. Normally we understand NO to be dangerous to life and health, but in very small amounts, it increases the oxygen absorption ability of the haemoglobin cells in the blood significantly.

Seeing Rhino Horn as a medical device will direct our focus to the diseases and nuisances for which Rhino Horn may be useful. That aspect of the benefits that Rhino Horn may deliver is, of course, extremely relevant.

The perspective of most physical yoga techniques is twofold. One) They are physically helpful. Nose cleansing has a lot of benefits physically as we see with Rhino Horn as a medical device. Two) They are affecting your mental state, your energy and clarity. Nose cleansing is called Neti in yoga, and the device used is called a Neti pot. Nasal irrigation is relaxing the area around your nose and eyebrows and gives you a feeling of openness and clarity of concentration. Opening up for freer breathing also gives you effects on your whole state of mind. Many people use Rhino Horn as a part of their daily morning toilette to feel more awake and clear in their head for the day to start. Wellbeing is an extra benefit together with all the medical benefits associated with Rhino Horn.

According to the EU Medical Device Regulation MDR 2017/745/EEC Article 2, Rhino Horn is a medical device because it is intended for human beings for “prevention”, “treatment” and “alleviation” of disease.

To be CE-marked Rhino Horn must must comply with all requirements in MDR 2017/745/EU as defined in its 123 Articles and 17 Annexes. 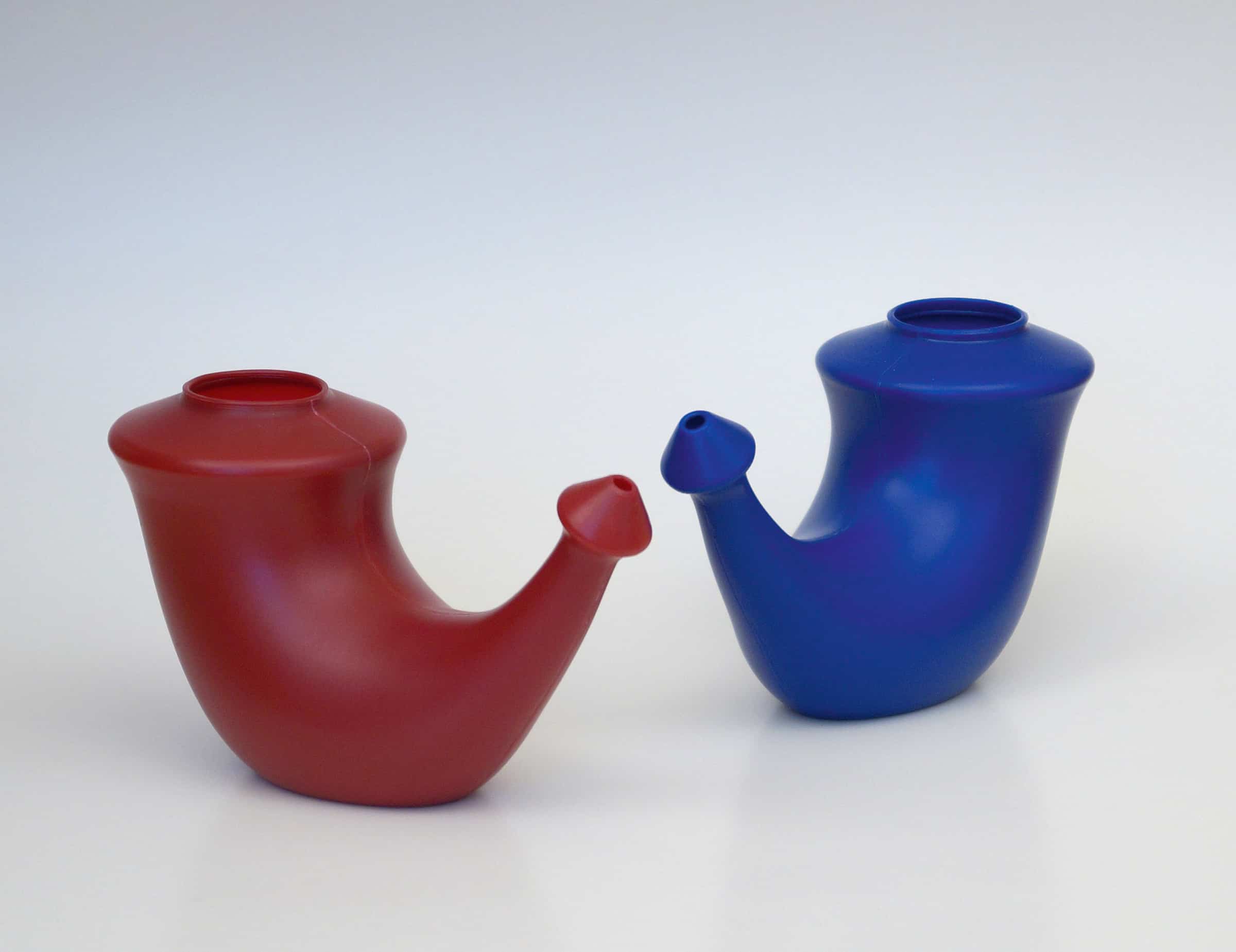 The Rhino Horn is easy to use, but we do advise you to read the instruction pamphlet before beginning.

The Rhino Horn is designed, manufactured and distributed by